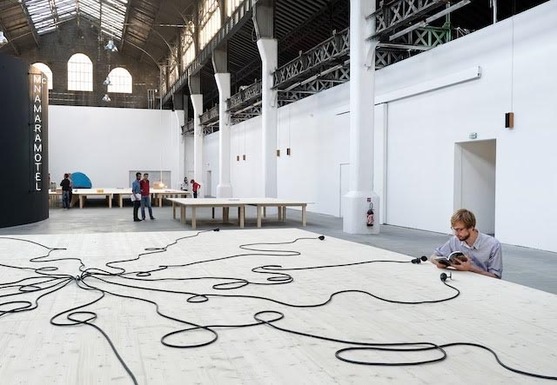 The work slows down some lines of the Ernst Lubitsch`s famous rehearsal scene of a play satirizing the Nazis out of his comedy „To be or not to be“ (1942). Moreover, the voice of a contemporary actor slowing down the same scene overlaps the original audio.  Slowed down speech represents a special challenge for the human body and can cause unforeseen difficulties to both speakers and listeners alike. In the process, a semantic internal structure comes to the fore: some jokes cannot bear slowness.
Stoppage, 1995-2014, Playback of invited artist soundtracks, from the speakers along the wall .
Proudly powered by Weebly