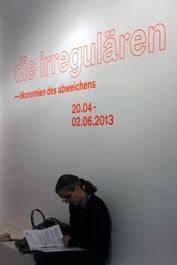 
This group exhibition focuses on strategies of the virtuoso, the dillettante and the downright nerdy. The following artists are represented:

Offices and companies no longer make much in the way of products, instead creating immaterial goods and services. Their means of production are neither machines nor financial capital, rather the knowledge they possess, the language in which they articulate it and the emotions with which and in which they do business. Performance is delivered in the form of cooperation and communication. Education and publicity, in equal measure, are gradually becoming the keys to professional, financial and social success.

Joseph Beuys’ credo that “everyone is an artist” is becoming a double–edged truth for working and producing people: creativity, flexibility and publicity are increasingly in demand and many people are under pressure to become virtuoso performers in their respective fields. Freedom can become a commandment and deviation the rule. Artistic economies have long since begun to permeate other walks of life, blurring the borders between art and work and demanding virtuosity. Given these circumstances, what do virtuoso, dilettante and nerdy working practices and strategies of divergence have in common? They represent the hinge moment between art and work, abstracting themselves from evaluation criteria and becoming a form of expertise in their own right. 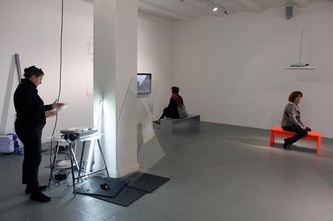 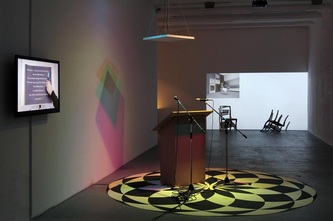 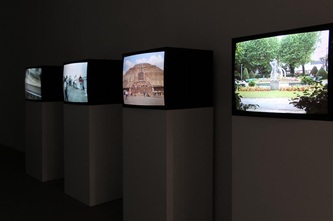 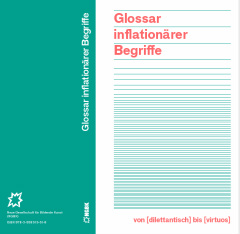 To accompany the exhibition, a Glossary of Inflationary Terms (from the dilettante to the virtuoso) is being published, with contributions by Mercedes Bunz, Anna Bromley, Alice Creischer, Michael Fesca, Karin Harrasser/Aino Korvensyrjä, Christoph Menke, Wolfgang Müller, Nicole Karafyllis, Judith Siegmund, Christine Sun Kim, Kai van Eikels, Jan Verwoert, Uwe Wirth and others.
The Glossary of Inflationary Terms deals with value judgments about art and work which have found themselves spreading in an inflationary manner. Rather than propose an exodus, the contributions attempt to keep the terms in the discourse by means of deviating levels of meaning – dilettante, emotional, ingenious, creative, critical, performative, professional and virtuoso. The glossary thus forms a terminological index of the debate about artistic work and gainful employment, which is being conducted with almost identical adjectives used in an inflationary manner.
Published by NGBK / ISBN: 978-3-938515-51-8 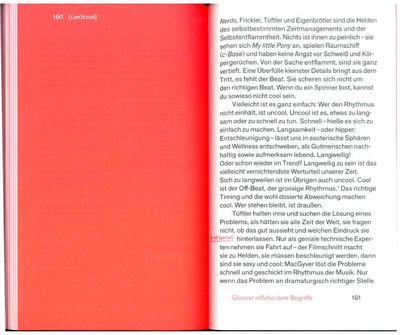 Doing Nerd. Behaving like a dilettante, diverging like a virtuoso, haunting like a stoic!
From the perspective of the deviating strategies of outbidding or undercutting standards (virtuoso, dilettante), the symposium will focus on nerd-like behavior. Are nerds the undead reincarnations of artistic experts from an era in which attributes such as dilettante and virtuoso did not yet appear contradictory? Does being nerd-like today not represent “the other of work” – as hitherto assumed by autonomous artistic production? And if nerds are undead, why are they haunting us now?
With: Geraldine de Bastion, Markus Beckedahl, Klara Hobza, Nicole Karafyllis, Michael Makropoulos, Shintaro Myazaki, Jasmin Siri, Kai van Eikels, Jörg Ossenkopp u.a.
A transdisciplinary symposium organized by the NGBK in cooperation with the Heinrich Böll Stiftung.
Audiobricolage von Anna Bromley und Michael Fesca, Beitrag Symposium
Audiotrailer

Deferring – Postponing – Suspending
Proposal for a Terminological Moratorium
Kai van Eikels in conversation with Karin Harrasser and Alexander Martos
Visitors to the exhibition have the opportunity to propose theoretical terms and words from the field of art which they think should be subjected to a terminological moratorium. At the finissage, Kai van Eikels will draw the suggested terms at random and improvise a virtuoso performance with them.